The Franco-Ontarian Students' Association (RÉFO) represents the 22 000 students who study in French-language college and university programs in Ontario. The RÉFO was founded in 2009 in order to represent francophone student issues across the province and to unite francophone voices throughout our 11 member institutions. Our members are students at Collège Boréal, Collège La Cité, the University of Ottawa, Laurentian University, Glendon University College, the Ontario Institute for Studies in Education, Université de Hearst, the University of Sudbury, Dominican University College, Saint Paul University and Collège d’Alfred. 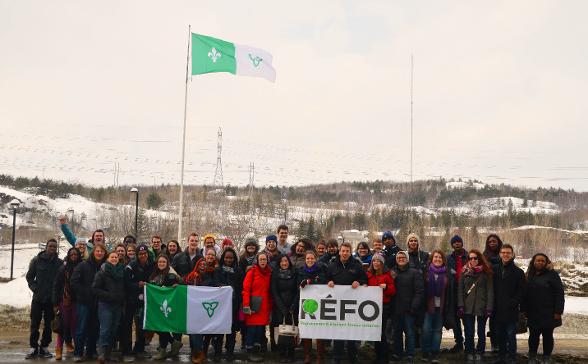 Our mission is to promote the right of francophone and francophile students to study in French in the program and region of their choice and to promote francophone students’ involvement in decision making that affects them.

RÉFO works towards strengthening the francophone student community so that members from across the province feel a sense of belonging to a larger Franco-Ontarian community that is dynamic, critical and open to the world.

We encourage regular dialog between francophone students from all regions of Ontario and offer students the opportuny to reflect on current events and policies that can address the many challenges they face.

To create a better access to French-language postsecondary education in Ontario:

To develop a strategy to better retain francophone students between the secondary and postsecondary levels:

Apart from ensuring the political representation of Franco-Ontarian students, the RÉFO also organizes multiple activities and gatherings during the year: 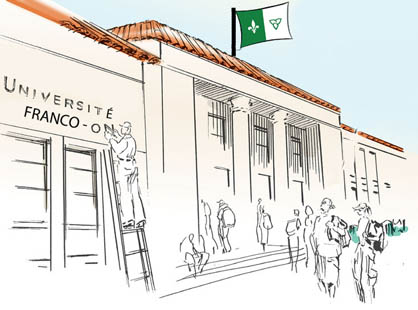